But Your Word i hold fast to, it's my source of strength
It's been proved true for 3,000 plus years
and Jesus, You're its subject--Your life and death
And resurrection--freeing me from all my fears

Please reorient my eyes on You
Cuz when i don't, i scream, "I'm wretched and lost,"
but when i look at You upon the cross
I realize that You paid my infinite cost

And it's by Your grace alone that i can be saved
And made to be truly above reproach
Cuz Colossians 1:22 says,
I was reconciled to be "beyond reproach."
Posted by liL fytr at 7:03:00 PM No comments:

Email ThisBlogThis!Share to TwitterShare to FacebookShare to Pinterest
Labels: Prayers

It’s Valentine’s Day today, and while I’d typically be tempted (given my present status) to post something like this: 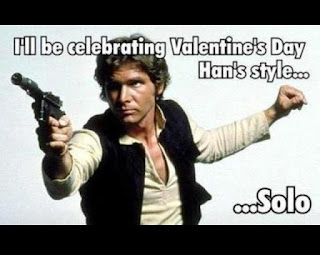 liL fytr
Bible college graduate born and raised in Victorville, CA. Was a Springfield, MO resident for about a year and a half. Now back in the High Desert--Victorville, CA. Hold to Reformed and Biblical doctrine. If Reformed doctrine was not in the Bible i wouldn't follow it. Solus Christus, Sola Scriptura, Soli Deo Gloria.

https://sbuniv.academia.edu/JoshWingerd
(Here you'll find "scholarly" papers i have written, either for class or for personal edification)
https://drive.google.com/open?id=0B0ZJpfyVqZA5TW83WUM3UFNHbE0
(here you'll find sermons i've preached)
http://www.ligonier.org/blog/top-commentaries-on-every-book-of-the-bible/
(Here is guidance [from someone else] on the best commentaries for each book of the Bible; highly recommend!)